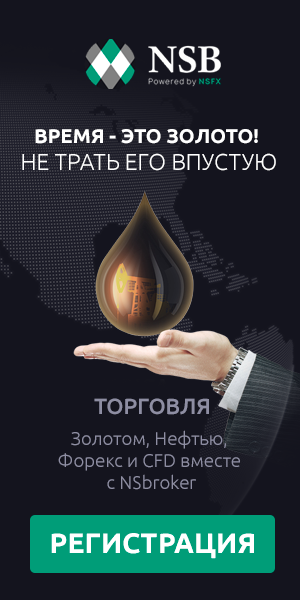 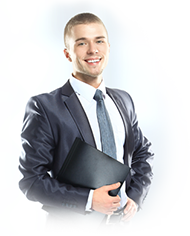 Japanese Candlesticks are in all actuality technical indicators that were developed over 250 years ago by a Japanese trader. They have gained wide popularity and are used everywhere. They are now used as a type of interval chart. The main advantage of candle charts is how informative they are. Hence, professionals often trade on candle charts without adding any supplementary technical analysis tools. Japanese candles are enough on their own to form an effective market forecast. 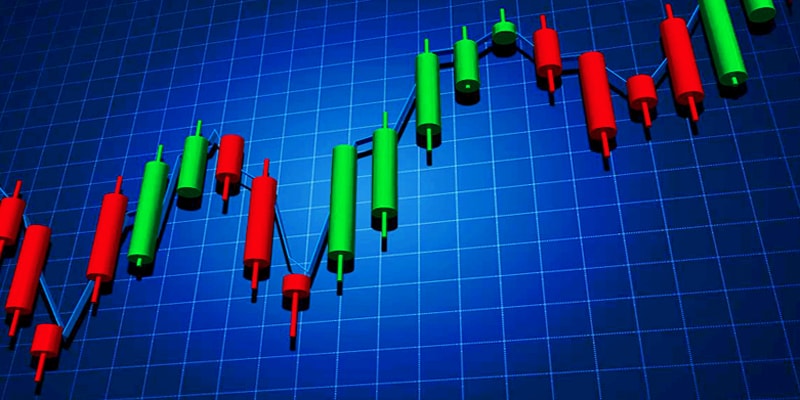 There are many candle patterns that signal trend reversal or growth. An overview of all the possible combinations is a topic for a longer article or even a series of issues publications. Therefore, this article will focus on the basic principles of this approach to market analysis, as well as give you an overview of a candle reversal strategy for Binomo.

A Candle Reversal From the Inside Out

There are many types of reversal patterns, such as the Cross, the Harami, and absorption. We will look at each separately, but first we’ll consider them as a whole. Fully formed price bars play a secondary role. What matters more is what is happening live on the market. It’s well-known that the best time to enter a trade is the moment a strong trend reverses. A thoughtful analysis of a candle chart enables you to identify the breaking point with a high level of accuracy.

There are two elements that make up the clearest candle reversal patterns:

A candle with a large body and brief shadows.

A candle with a short body and brief shadows, or none.

On the chart it looks like a tall column, followed by a very small price bar of the opposite color. The second element of the pattern that plays a key role is the length of the body, as opposed to the shadow. If it is long enough, it isn’t bad. In terms of the analysis of price behavior, it appears as the final blow to the current trend. After that, the market is on its «last leg» and the trend reverses.

From the view of fundamental analysis, the situation appears as the following. Right when this candle pattern is formed, experienced professionals close out their positions and take on a passive position. If it is an upward trend, then the final «blow» would come from the «bullish», if it is a downward trend, then the «bearish» leave the market.

Market participants that expect the price to rise are called bullish, and the bearish are those that expect the rate to fall and the growth to be restrained. When one of the two groups takes on a passive position, the market «calms», neutralizing. This leads to one or more candles with short bodies or shadows on the chart. Then, as a rule, there is a market reversal signified by the price. Or a horizontal trend begins, if the «bullish» and the «bearish» both take passive positions.

How to Trade on a Candle Reversal

The ideal interval for candle analysis is the 1 minute time frame. They are highly accurate signals, but they only appear on the rare occasion. Therefore, on the chart of a volatile asset, such as the CRYPTO IDX, you can set the period to 15-30 seconds. This will increase the frequency of signals 2 to 4 times, respectively. 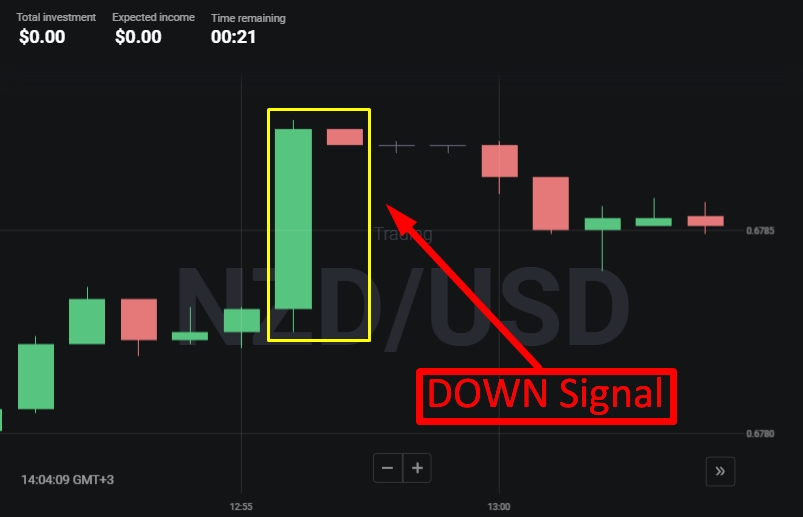 The signal to sell is when the peak of the current trend passes, first, a tall green candle forms, then a small red one. See the picture above, taken from Binomo’s terminal. 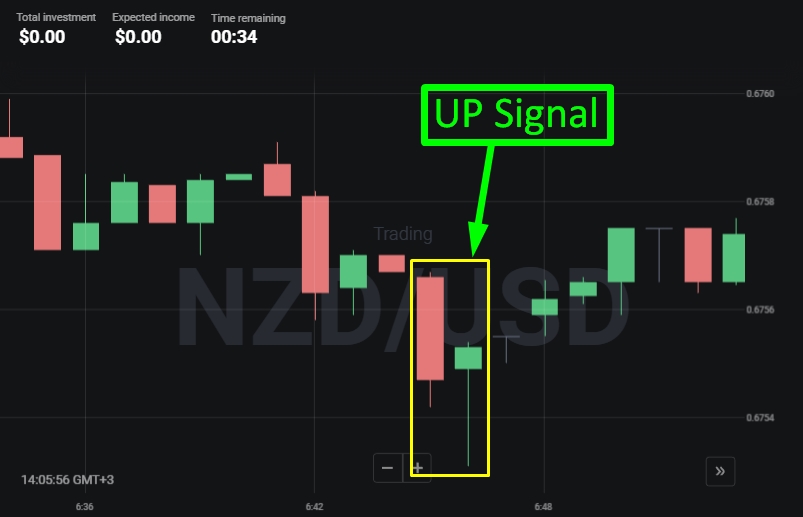 The signal to buy is when a long descending red candle forms, followed by a short green candle.

As we’ve previously mentioned, the length of the shadow of the second element plays a secondary role. The picture above shows an example of the candles with a very long, short shadow. In this case, the pattern is gaining traction. That means that you should wait to close the trade until the final market blow comes, and you should close the trade quickly after that.

Exit the market right after the pattern is realized. The trade expiration ranges from 3-6 candles. For the 15 second period, the use minimal contract duration. For the 30 second period, the expiration should be 2 minutes, and for the 1 minute period, 5 minutes. Using a 5 minute time frame is not advisable, as this requires more time and accuracy of the signals remains unchanged.

The candle analysis approach offers a lot of opportunities. Many new traders underestimate its potential. For many new traders, it appears to be overly complex. However, you don’t need to memorize every name and form of every pattern (there are dozens) to use it effectively to trade. If you understand the general principles of price movement, that’s all it takes.